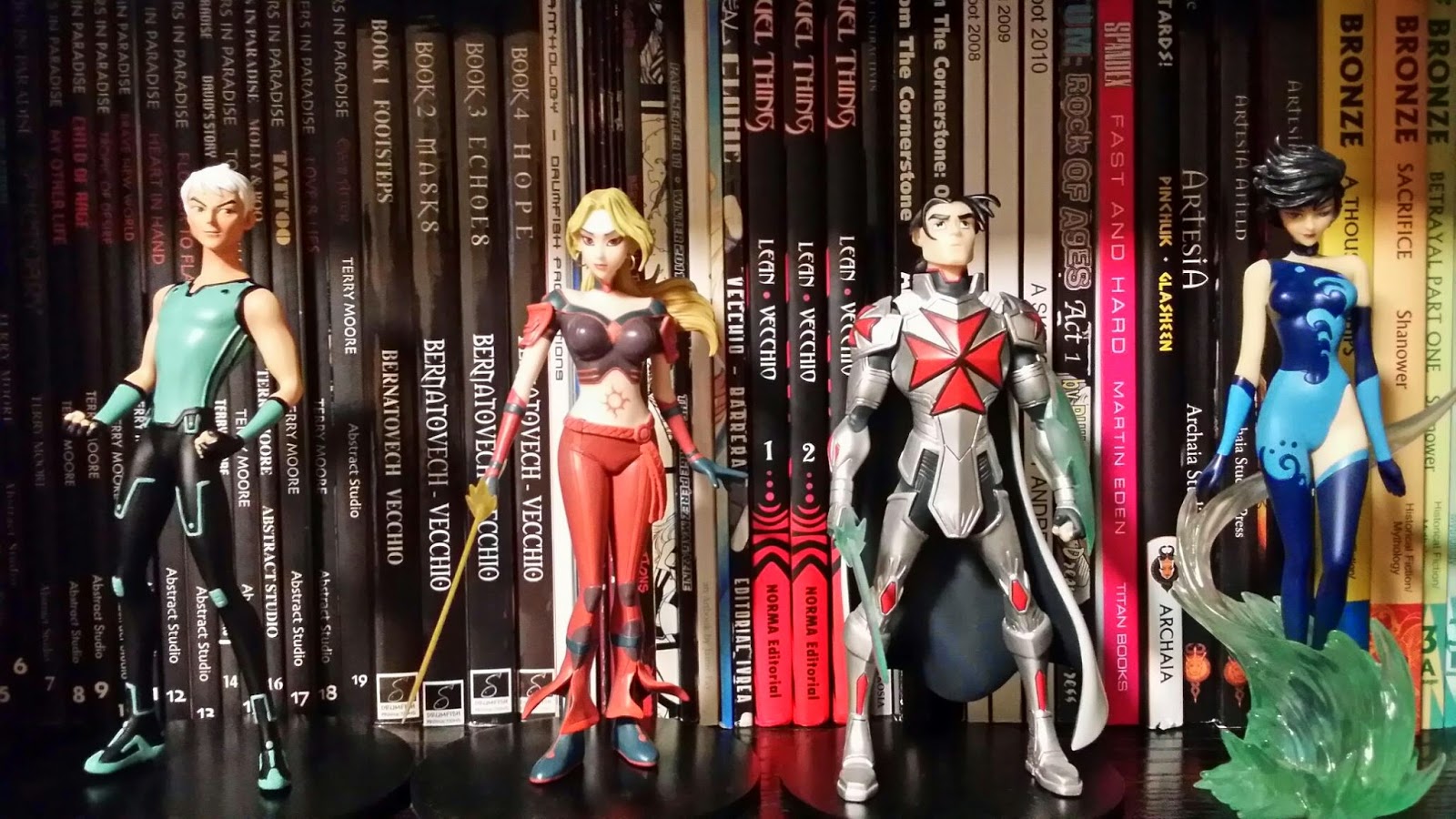 It looks like today is a very productive day for Drumfish Productions! Our newest figurine of Phazer, from our SENTINELS series, just arrived! Check him out with the other SENTINELS figurines shown in this picture. He fits right in! Designed by SENTINELS artist, Luciano Vecchio, and manufactued by Gensen Figure, Phazer comes with a base and box and is limited edition. And just like each of the other Drumfish Productions figurines, Phazer is $40 (plus shipping unless you buy him from us at a convention!). I'll be contacting all of you who inquired about Phazer in the next day or two. Thank you all for being patient on the delay on Phazer. I think you can agree that quality was worth the wait! Check out our store for more ordering info!
Posted by Rich B. at 2:09 PM No comments:

SENTINELS #3 AVAILABLE ON COMIXOLOGY FOR .99 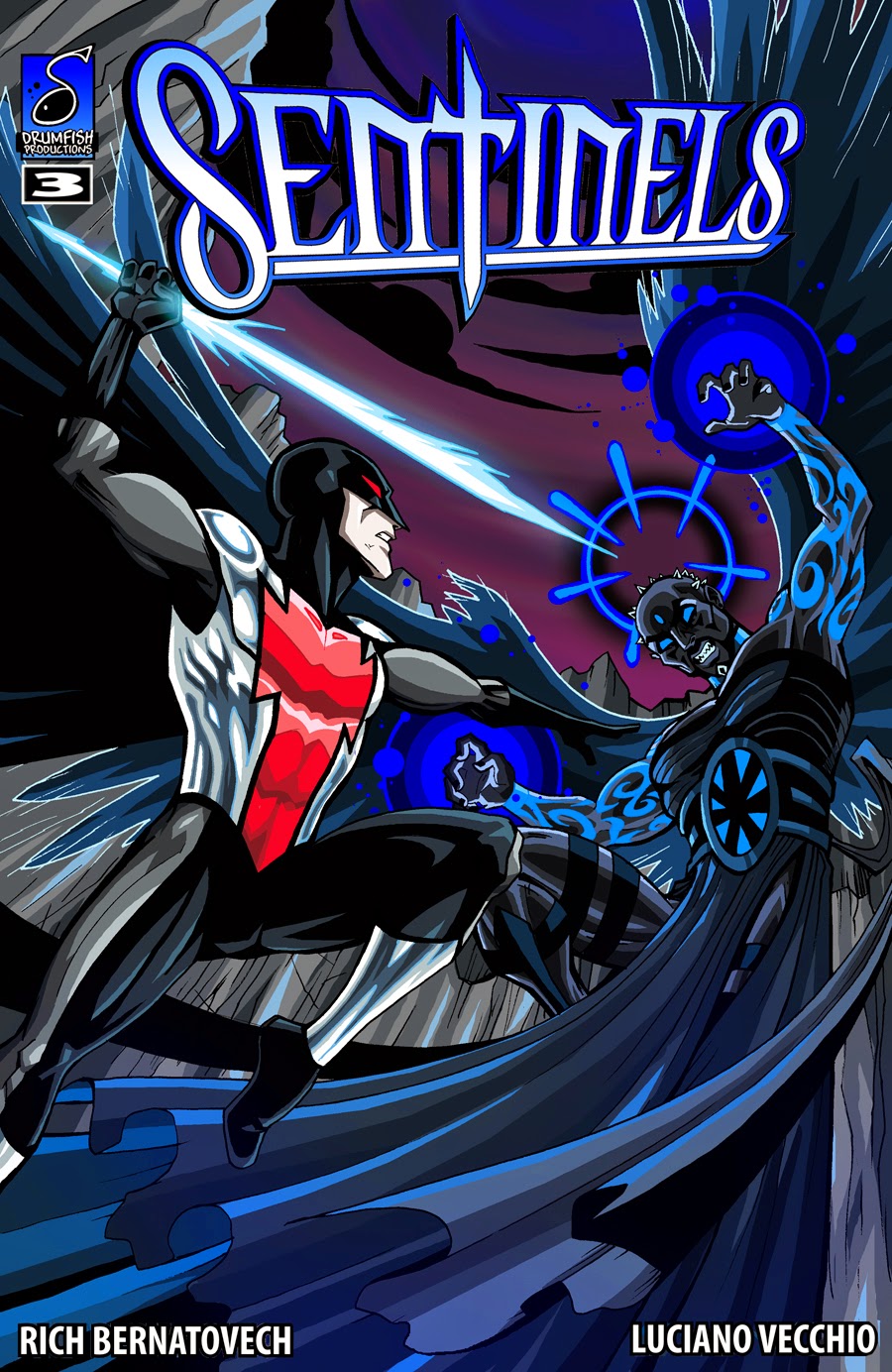 The third issue of the re-visioned and colorized version of SENTINELS is now available for download on Comixology for only .99! Fill with new art and text, we continue the colorization of the first SENTINELS trade. This is the conclusion to the first arc feature the SENTINELS against Damien! Written by me (Rich Bernatovech) and art by the ever talented, Luciano Vecchio, we hope you check it out! And if you enjoy the issue, rate us on Comixology's page! Thanks! Check out the issue here!
Posted by Rich B. at 7:32 AM No comments: 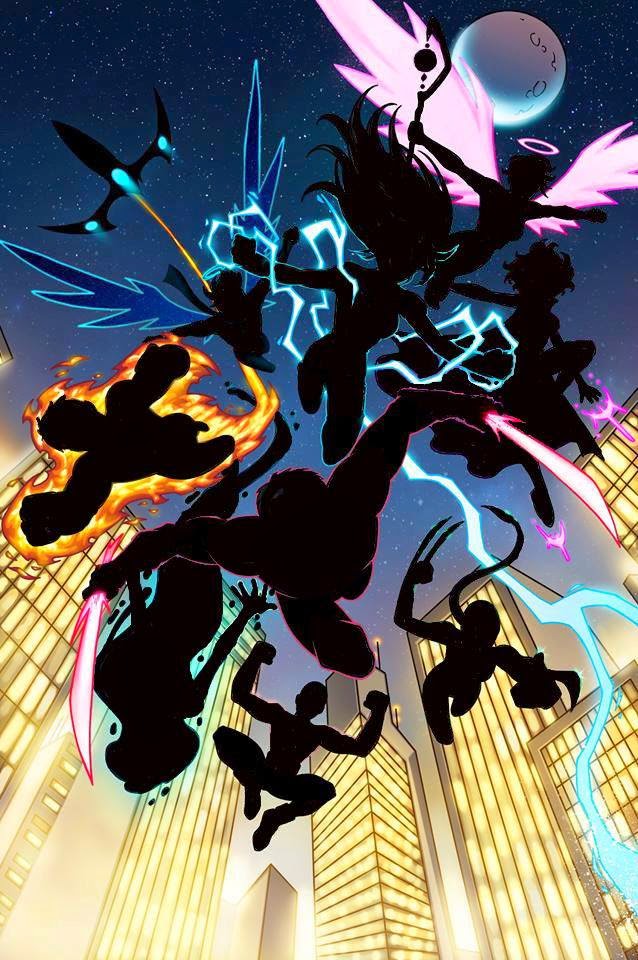 I’d like to officially announce that Drumfish Productions will be releasing a second SENTINELS Anthology this fall!
This is a project we’ve been working on in various stages for a few years now, but we didn’t want to publicize it too much until we were almost complete. I’m happy to say that we’re almost done now and will be sending the book to the printers soon!


Similar to the first Anthology that we did, this second SENTINELS Anthology will have feature many talented contributors. We have over 30 creators involved and each will be spotlighted in the coming weeks! The stories will focus on various members of the SENTINELS team in solo adventures, just as they did in the first Anthology. This time however, there will be one BIG story centering on all the different generations of the SENTINELS teams (first, second and third gen! ) with the 3rd generation taking center stage! We’ll be revealing more about the book, spotlighting different creators and showing some amazing art very soon! But for now, here is a little teaser image by SENTINELS co-creator, Luciano Vecchio (layouts), NEVERMINDS artist, Jamie Fay (pencil and inks) and new collaborator Ihor Loboda (colorist).  We’ll let you guess who these characters really are.
Posted by Rich B. at 10:08 AM No comments:

Since NEVERMINDS #4 is at the printers and will soon be available for digital download on Comixology, we thought it was time to show some previews pages!
Here are pages 1 and 2, written by me (Rich B.), artwork by Jamie Fay, colors by Danielle Alexis St. Pierre and layouts for these two pages by SENTINELS artist, Luciano Vecchio!
What an amazing team I get to work with! I'm so proud of the them all and the results they created. And just wait until you see the rest of the issue!!! 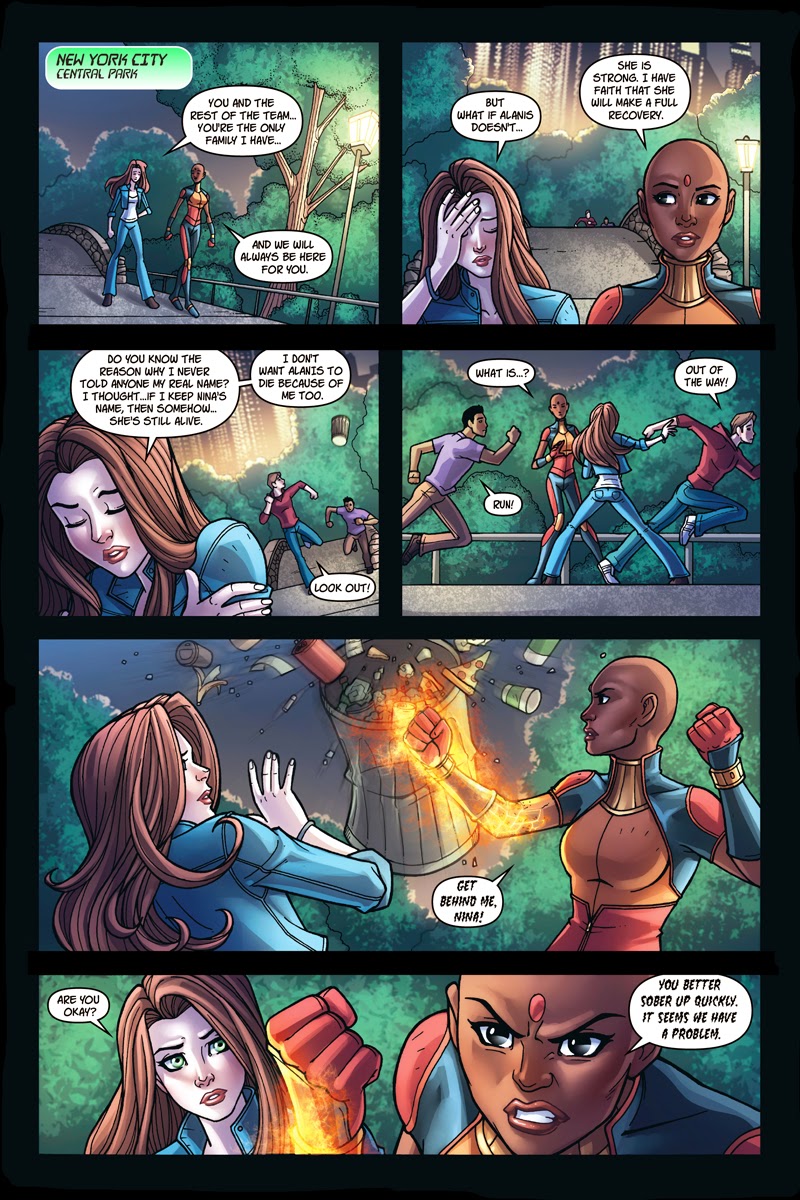 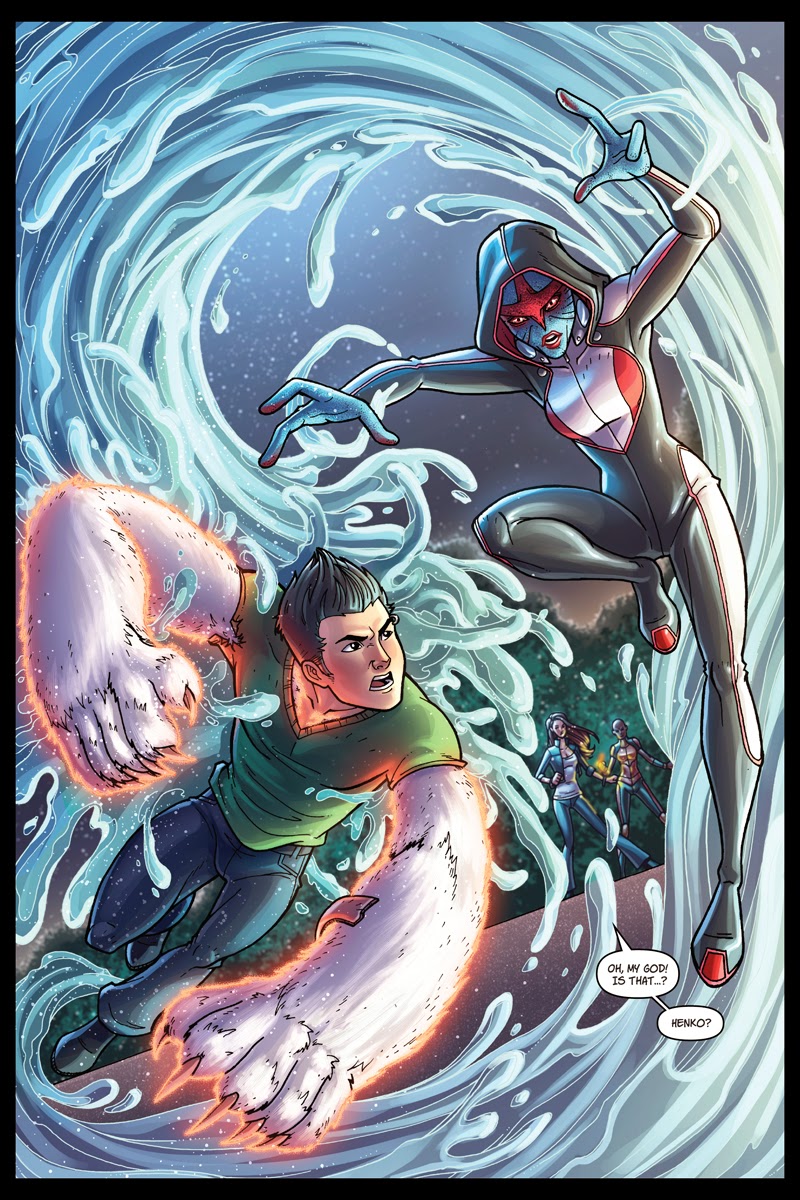 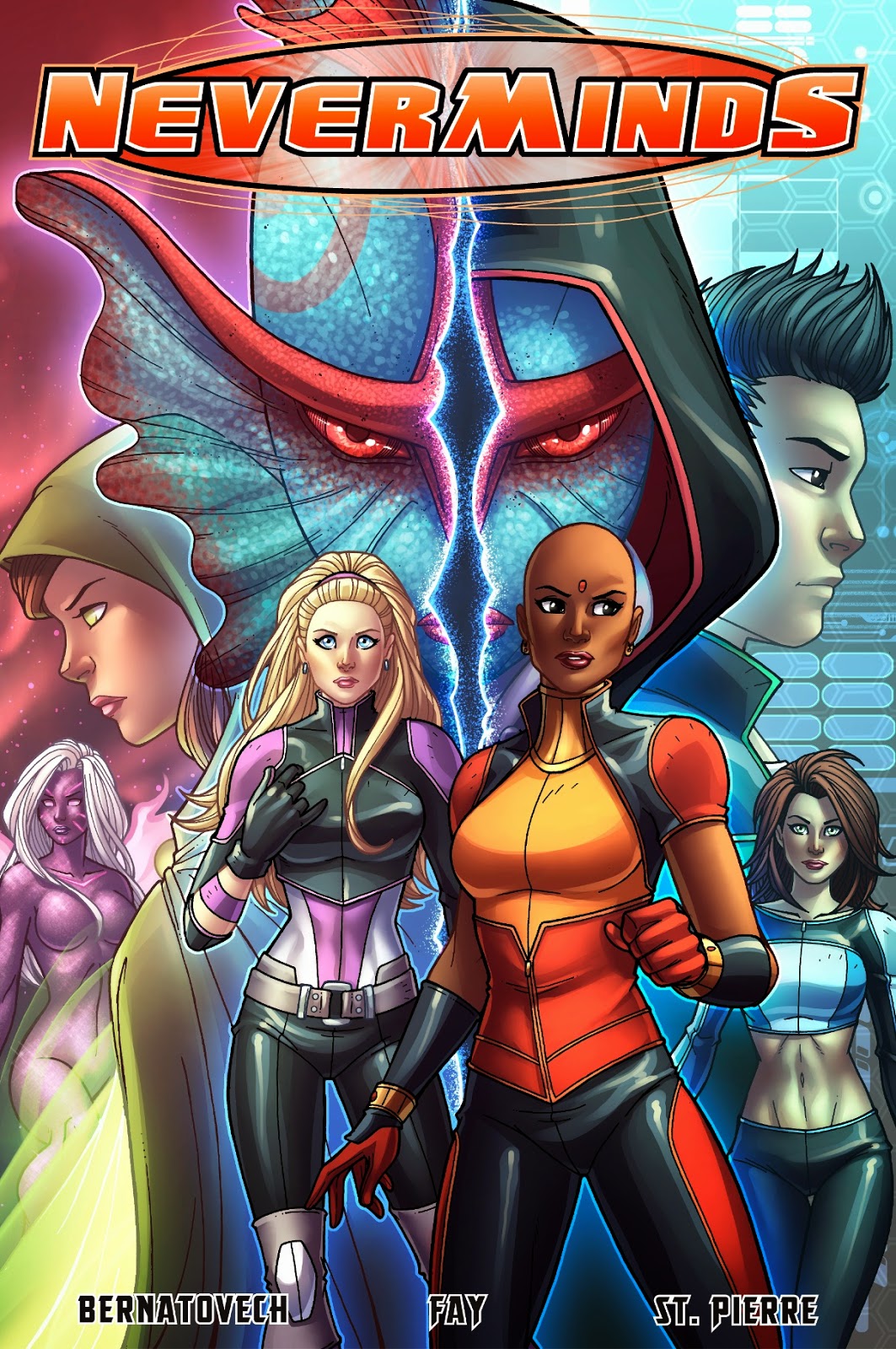 We're proud to announce that NEVERMINDS #4 is now at the printers and will be ready for ordering soon! In addition to that, we just received word that the issue was accepted by Comixology and will be available for digital download on their site shortly.
We've been working hard on a lot of great things that we'll be able to share within the next few weeks, including the second SENTINELS Anthology. Look for previews here or on our Facebook page.
The Drumfish Productions website continues to be a work in progress. Last month, we updated it with our "links" and "about" page, and now, we finally have our "press" page live! Please check out all the interviews, stories and great reviews we've received over the years for all of our titles. We truly appreciate everyone's support and interest! Thank you!
Posted by Rich B. at 9:43 AM No comments:

MINI-REVIEW OF SENTINELS #2 BY IGN

IGN gave SENTINELS #2 another great score and loved Luciano Vecchio's artwork! Check out their mini-review and our B+ score.
http://www.ign.com/blogs/fantaffx/2014/07/02/comixology-submit-reviews-july-2-2014
Posted by Rich B. at 9:15 AM No comments:

SENTINELS #2 AVAILABLE ON COMIXOLOGY FOR .99 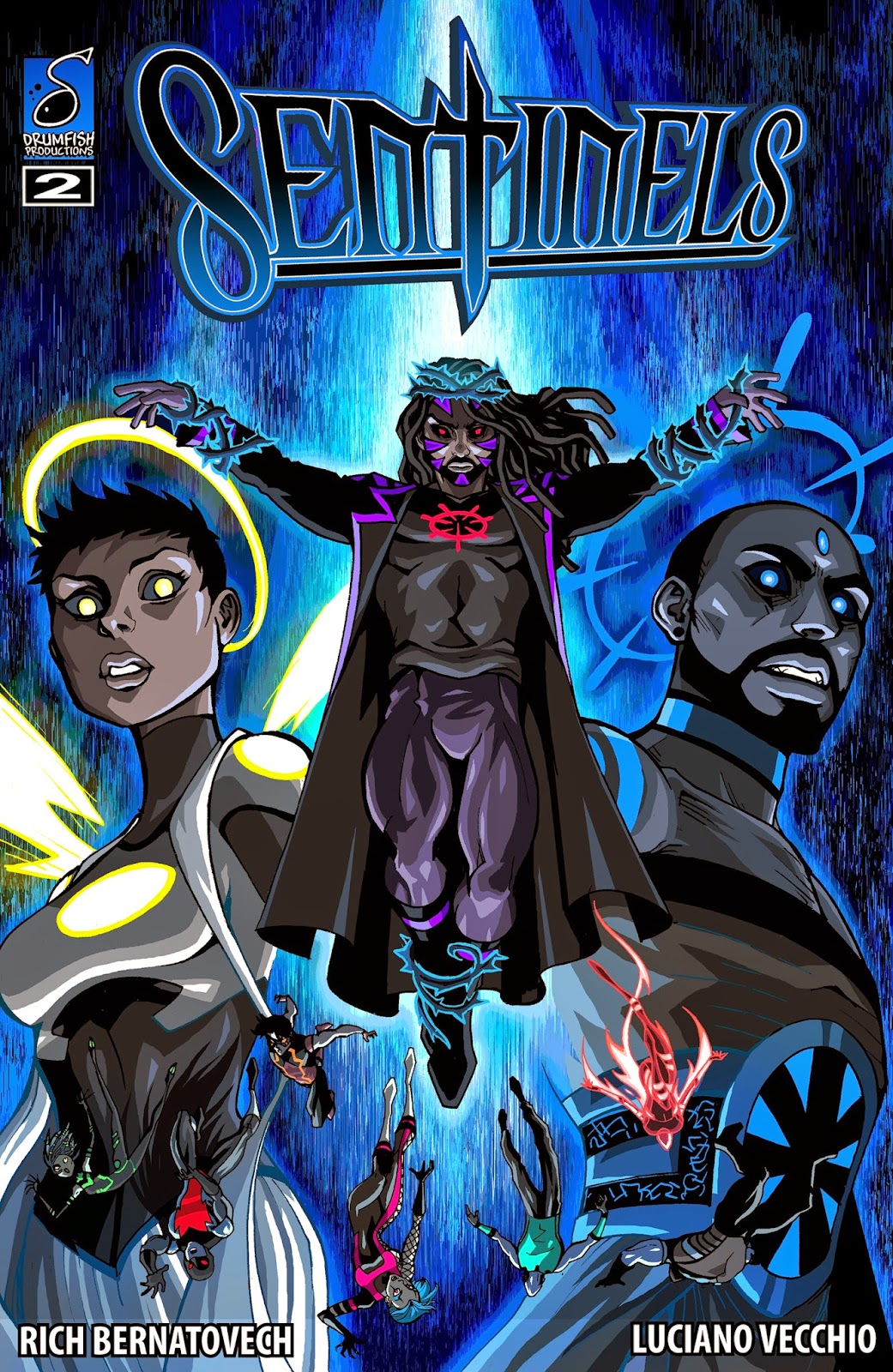 WooHoo! The second issue of the re-visioned and colorized version of SENTINELS is now available for download on Comixology for only .99! Fill with new art and text, we continue the colorization of the first SENTINELS trade. Written by me (Rich Bernatovech) and art by the ever talented, Luciano Vecchio, we hope you check it out! And if you enjoy the issue, rate us on Comixology's page! Thanks! http://cmxl.gy/1mDPwT7
Posted by Rich B. at 6:52 AM No comments: 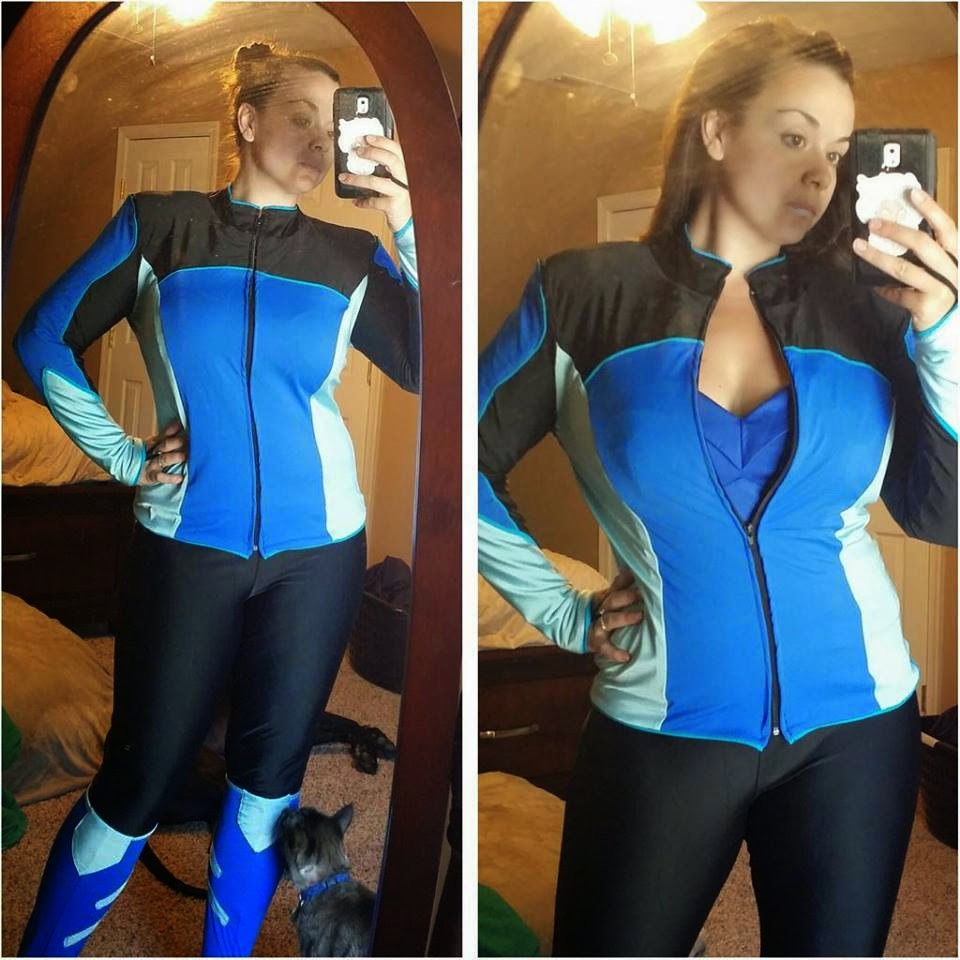 Here is a picture of the first ever NEVERMINDS cosplay! The super amazing and beautiful, Meredith Grace, honored us by sharing this preview picture of her costume of Nina from NEVERMINDS. We LOVE it and were totally shocked to see it. Meredith is a model and cosplayer and we can't wait to see her live in person dressed as Nina! Loook at all the detail that went into this costume! WOW! Meredith also has an official shoot in the works. We'll keep you updated!!! You look great Meredith!!!
Posted by Rich B. at 4:52 AM No comments: