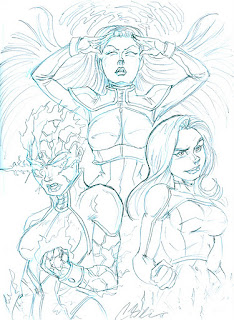 This sketch of the NEVERMINDS team (Alanis, Samanya and Nina) was drawn by Chris Williams at the 2011 Wizard World Philly Con. Chris has a real energetic style that makes his characters pop. His figure work and facial expressions are superb too! Check out Chris's Deviant Art page here and see how great his art is!
Posted by Rich B. at 6:32 AM No comments:

ELECTRON AND SPLASH BY JERRY CARR 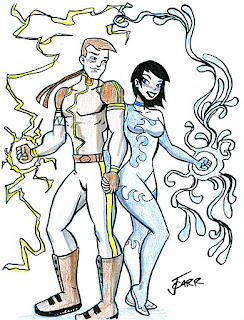 Here's another cool sketch I got at the 2011 Baltimore Comicon. This is Electron and Splash from SENTINELS drawn by Jerry Carr. I really like Jerry's clean linework and animated style. He added some color to this sketch for me, even though he usually colors his work digitally. His digital coloring rules! Check out Jerry's gallery here, you'll see how amazing his work is!
Posted by Rich B. at 6:37 AM No comments: 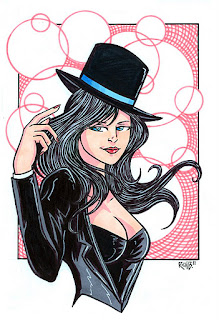 Continuing with our weekly blog over at Illustrious Bits, this week's character is Zatanna! Here is my sketch of her. I miss the top hat and coat! 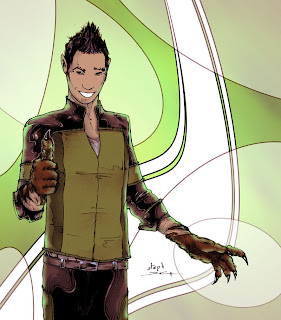 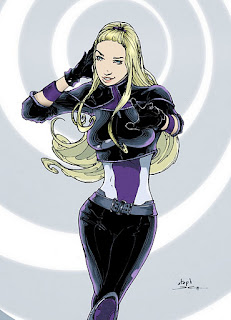 Here is some really amazing art I've been meaning to post for a while now. These were all done by artists on Deviant Art. The first two are by Stephane De Caneva and finish out the previous NEVERMINDS team members Steph drew for the Drumfish Art Contest on Deviant Art. Here are Alanis and Henko! See more of Stephane's art here. 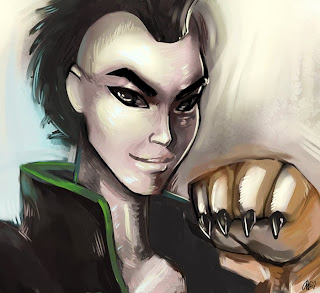 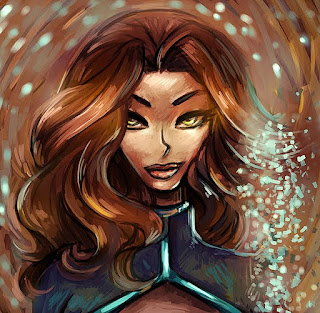 These next two works are by Asia Kendick-Horton and are of Nina and Henko from NEVERMINDS. These were done for colorist of NEVERMINDS #1, Rey Arzeno. I was very impressed by them and love Asia's style. Please check out more of Asia's work here. 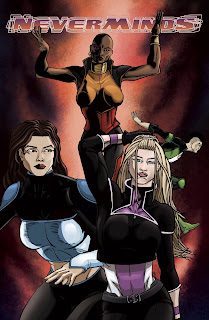 Next up is a colored version of the NEVERMINDS team drawn by Javier Cruz Winnik. Javier had entered this piece in the Drumfish Art Contest on Deviant Art but wanted to color it after the contest was over. He really wowed me with his rendition of the team. See more of Javier's work here.

Next up is Samanya drawn by May Wilson. She sent Jamie Fay and Rey Arzeno this awesome sketch of Samanya from NEVERMINDS looking tough!! See more of May's art here. 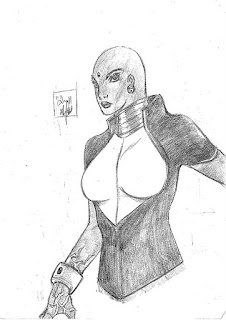 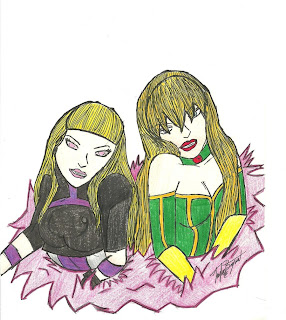 And last, but certainly not least, we have this fun team up of Alanis from NEVERMINDS with an original character created and drawn by Taylor Bryant. Taylor did an awesome sketch of Alanis previously in the Drumfish Art Contest on Deviant Art and we love this one just as much! Please see more of Taylor's work here.
Posted by Rich B. at 6:37 AM No comments: 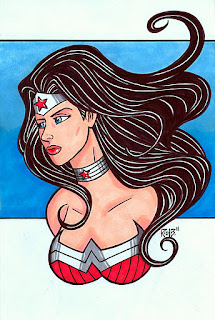 Earlier this week a new blog started that was the brainchild of Andrew Charipar (artist on Serpenta's story from the 1st SENTINELS Anthology). Andrew approached Jamie Fay and I to start a project where we could all contribute sketch every week or so and post them. At first, we will each be picking a character, subject or theme for a week and then each post our drawing of it at the end of that week. Then we'll be opening it up to others to contribute too and eventually we'll be taking suggestions and do some kind of voting thing as to what we draw next. We hope this will be a fun blog and inspire each of us to draw more. Our first week's pick is Wonder Woman (my sketch is with this posting). Check out the blog here and join in! 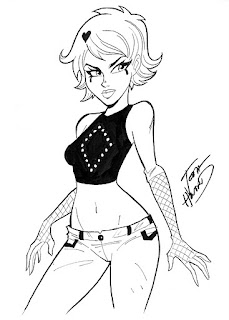 This sketch of Harlette, from SENITNELS, was drawn by Josh Howard at the 2011 Wizard World Philly Con. Josh is the writer/artist/creator of the Indie hit, Dead @17 , published by Image Comics. I've been a fan of Josh's for a long time and loved that he had time to do this sketch. Josh's style reminds me a bit of Bruce Timm's, but more crisp and clean with his lines. I also like the attitude he gave Harlette here, lol. Perfect. Please check out more of Josh's comic Dead @17 and see work here.
Posted by Rich B. at 8:45 AM No comments: 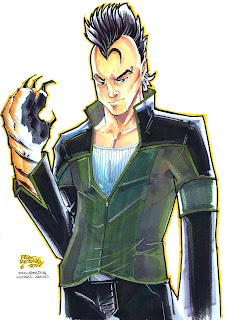 This sketch of Henko from NEVERMINDS was drawn by Fabio Redivo at the 2011 Wizard World Philly Con. Fabio is a teacher at the Joe Kubert School as well as an inker for Archie Comics. Fabio's color work is really unique, check out the texture on Henko's jacket and hair here! See even more of Fabio's work here.
Posted by Rich B. at 8:14 AM No comments: 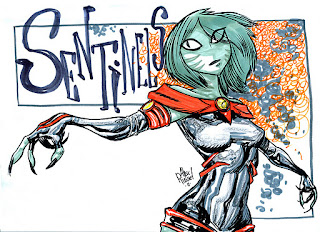 This amazing sketch of Serpenta from SENTINELS was drawn by Alex Riegel at the 2011 Wizard World Philly Comicon. As soon as I saw Alex's work, I was blown away. His sketches have a lot of energy and life in them. I love the extra detail Alex puts into his figures and background too. So cool! He's also a super nice guy and seems to love drawing. Please check out more of Alex's work here.
Posted by Rich B. at 7:10 AM 2 comments:

CLOCKSTOPPER AND IGNITE BY JOE HALEY AND T.J. DORT 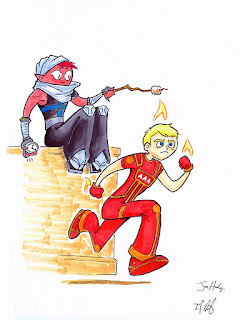 This sketch of Clockstopper and Ignite from the 3rd Gen SENTINELS was drawn by Joe Haley and T.J. Dort. I've gotten a few other drawings by them over the years, all of the 3rd Gen kids and this last sketch completes the entire team. I'm a big fan of Joe and T.J.'s work and their book, the Underburbs. It's a great all ages comic that everyone should check out. See more of their work and learn more about their comic here.
Posted by Rich B. at 7:12 AM No comments: 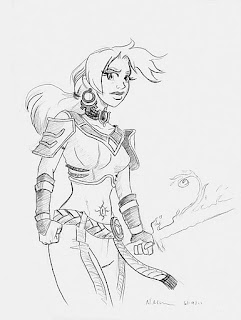 So, I have a bunch of sketches that I just haven't had time to post lately. Most of them are from earlier in the year and were gotten at various conventions. This sketch of Firebomb was drawn by Nicole McDonald at the 2011 Wizard World Philly Comicon. Before the show opened I was walking around the convention floor a little and as I walked by a table, I heard someone say something about Tyler School of Art. That caught my ear because I went to Tyler School of Art for my Bachelor's Degree. I stopped and asked the group of people if they went to Tyler and three of them said yes. It turned out that they had just graduated and it was there first convention selling their art. Even more odd was that their table was directly behind mine and then the artists one row over where also from Tyler too. Of course this meant I had to get a sketch from one of them. Nicole McDonald decided to draw Firebomb from SENTINELS in exchange for me drawing an original character of hers. I really liked what she did and was happy to have a Tyler Alumni in my sketchbook now!
Posted by Rich B. at 7:09 AM No comments: